I’m none too sure what’s happened to the past week, it’s pretty much flown by without me knowing and I don’t feel I’ve got all that much to show for it….mostly I’ve been poodling, drafting up new patterns, mostly reworkings of pieces to go into my Folksy shop (hopefully they’ll be ready next week) but also I’ve spent a few minutes tinkering with a pattern for a dress based on a dirndl skirt I cobbled together a couple of years ago from a mustardy floral pair of curtains I’d bought at a car boot…the fabric was a bit faded near the hem but I didn’t mind that, it’s one of those nice and comfy skirts that I’d wear everyday given half the chance.  I don’t have a whole lot of tops that really go with it though so I thought to make a dress version which is why I spent an afternoon in the bathroom pinning bits of pattern cutting paper to my thermals (I do have a dress makers dummy but sometimes I find just pinning to me a bit easier) before drafting out something that hopefully will be wearable and which I can stash bust with……

I’ve also been knitting more socks, well a sock…and if truth be told I don’t even have one of those properly finished to show as this was a test run to understand a new to me pattern….there is a sock knitting kal running over in the Joeli Creates group on Ravelry for knitting socks without nylon….my Shetland spindrift socks I made earlier in the year were knitted without nylon and are so warm that I really wanted to knit another pair of pure wool socks….though I didn’t want to just keep repeating the same pattern as I’d already made so I decided to try knit a pair of toe up socks…..lovely Julia (who knits truly beautiful socks) bought me this pattern for Christmas as part of a small gestures swop….Anne had already been round earlier in the year to explain short rows to me (I do seem to get on better with someone showing me and talking me slowly through a process then just reading about it)….anyway, this is my first attempt, the toe seemed a bit gapey at the sides so I un-ravelled it and had another go and second time it looked much better (not the fault of the pattern but me being a complete numpty and forgetting to wrap my stitches)….I used this yarn just as a tester “have a bit of a play” attempt, the real sock uses some beautiful homemade strawberry ice-cream pink Blacker Classsic woollen yarn I bought from Brit Yarn  (sadly this colour has now been discontinued but I’ve got enough for at least two pairs of socks)……it’s taking a few attempts as I keep turning the sock inside out as I knit it, I’m also finding it hard to start a section of pattern with a purl using dpns so I’ve unravelled again and am just waiting for a 9 inch circular needle to arrive in the post which hopefully will make knitting them a bit easier…. 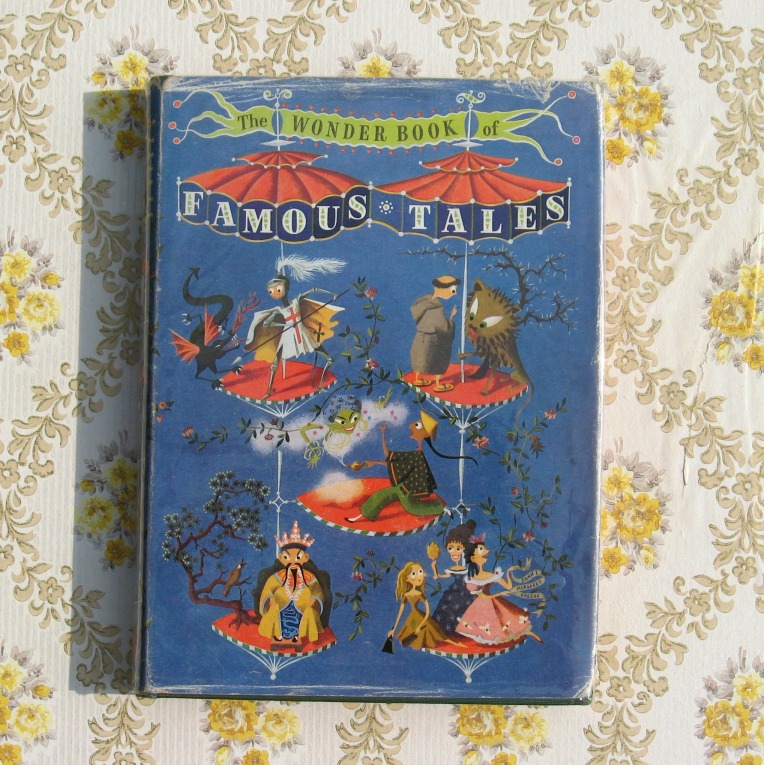 A couple of weeks ago I met up with my friend Debbie for a coffee and as I walked in to town quicker than I thought I would, I had a few minutes spare to have a browse in some charity shops I don’t tend to visit all that often, which I should really make the time to visit them as I nearly always find something of interest in them….I’ve mentioned my love of fairy tale and folk story books on here several times before so was very happy to find this one for a couple of pounds.  The illustrations are by a selection of artists…most of the pictures are quite small black and white drawings but there are also a handful of very pretty watercolours, a bit on the bright and gawdy side but I like them. 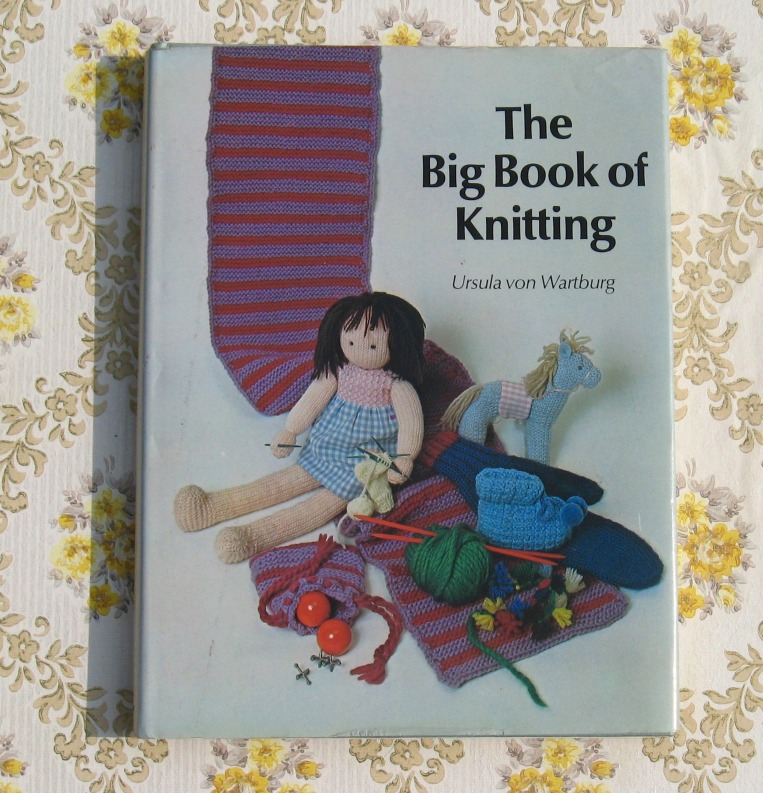 And I also bought this book which is such good reading…..it’s from the early seventies and all the things in the book have been made by Swiss children.  The pattern instructions are at times a bit sketchy and left up to you to decipher, so I think you’re supposed to have a certain mount of knitty know how…..but I just fell in love with those little blue booties and knitted pony on the front cover. 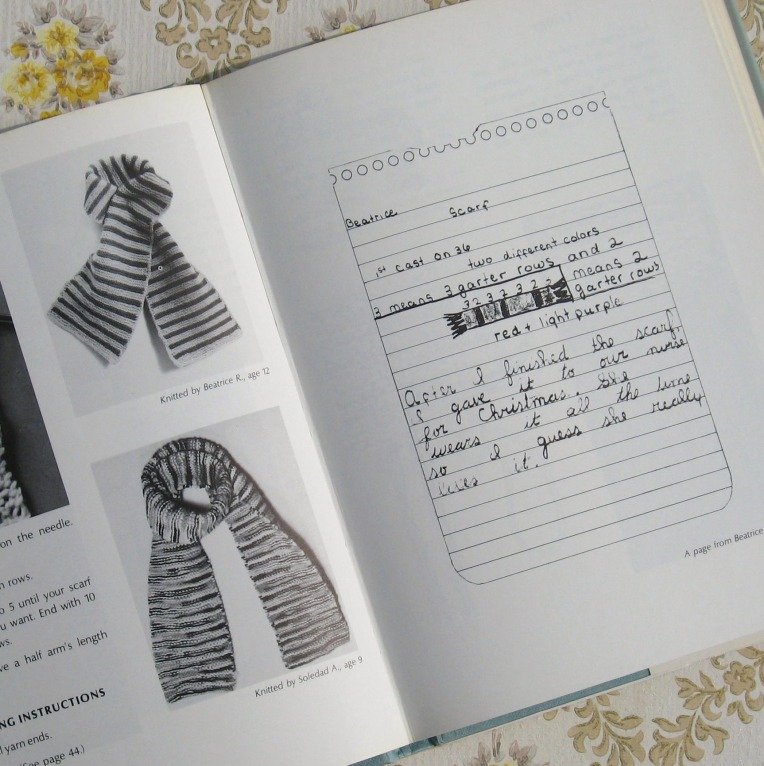 The illustrations inside are rather miserable black and white photos which don’t do any of the knits justice but you can get an idea of what things are supposed to look like…..dotted throughout the book are these little letters and notes made by the children who’ve knitted the pieces…it’s interesting to read how young some of these knitters are, and also their notes on pattern making.  I don’t think I’m up to making everything in here but there are a couple of sock patterns I’d certainly like to knit, and I need someone to have a baby so I can knit those booties.

More knitting news…..I’ve finished knitting the Unicorn shawl, which I made for Louise Hunt’s brilliant un-kal, it’s currently washed and blocking….I’d forgotten that tapestry wool is a bit rum smelling when it gets wet…it doesn’t smell anywhere near as nice as something sheepy and lanolin rich…..it’s had a couple of tentative pokes by Bernard but on the whole he’s leaving it alone, which is a good thing as the alpaca/silk wants to snag just looking at it.

I’m quite excited about what’s curently now on my needles though…my first ever cardigan….it’s the Ramona cardigan by Elizabeth Smith.  It’s knitted top down and has nice, clean and simple lines, nothing too fancy but enough to make me have to re-read the instructions and sigh little “pfhoo” noises when I’ve worked a row of increases and my number count of stitches is right…I’m not a quiet knitter and do seem to pfaff, pfhooo and rustle my pattern pages, scribble down notes and observations…tut and sigh as I realize I’ve made a right daft mistake…..initially I was planning to knit this in some beautiful Aran wool from Jamieson and Smith, and while I love the pattern and love the yarn, together….it wasn’t making my heart skip….but then I remembered the Shetland Heather wool I’d started to use for an Open Sky shawl……it’s a murky old grey brown, flecked with quite a cold, clear blue……doesn’t sound like much of a catch but when it’s knitted up in stocking stitch is very pretty….it makes me think of the sea when we used to go to Southwold or Dunwich…not for us the bright azure blue of the Mediterranean waters……there’s about two weeks in August where you can go to the beach without a cardigan or a jumper, the rest of the time, it’s a bit nippy and you need to wrap up, so I thought the pairing of the yarn with this pattern would be perfect.

I’ve learnt my lesson about not making a swatch so knitted up this big boy (just over 10 inches wide) and I couldn’t quite believe it but my tenson gauge is spot on….I washed and blocked it, allowed it a few days to dry nicely…..perfect.  I’ve had it pinned inside a dress and it’s not particulary scratchy, I know it’s there but it wasn’t unpleasant so now it’s all systems go.

Weather wise the past week has been proper rubbish…the odd day or even hour of sunshine, and then just as we pull on boots and a coat to go for a walk, the heavens open and it pours down…sometimes rain, yesterday hail.  Loads needs doing in the garden but everywhere is muddy and wet……the birds for the most part are busy gathering up bits of what we call “garden fluff” (this is often bought into the house by Bernard, he rolls around and his fur hoovers up all sorts of muck which he then proceeds to drop all over the carpet and up the stairs)….I keep making trips out with handfuls of fleece* for the birds, I stick it in an old fat ball feeder which has a littel roof so it keeps pretty dry inside, and then go and sit and watch the tits pull it about for nesting.  It’s so much fun as they seem like they’re pulling the fibres ready to spin it…..they gather up huge beakfuls til they look like tiny Amish farmers and then they go flying off with their woolly beards. 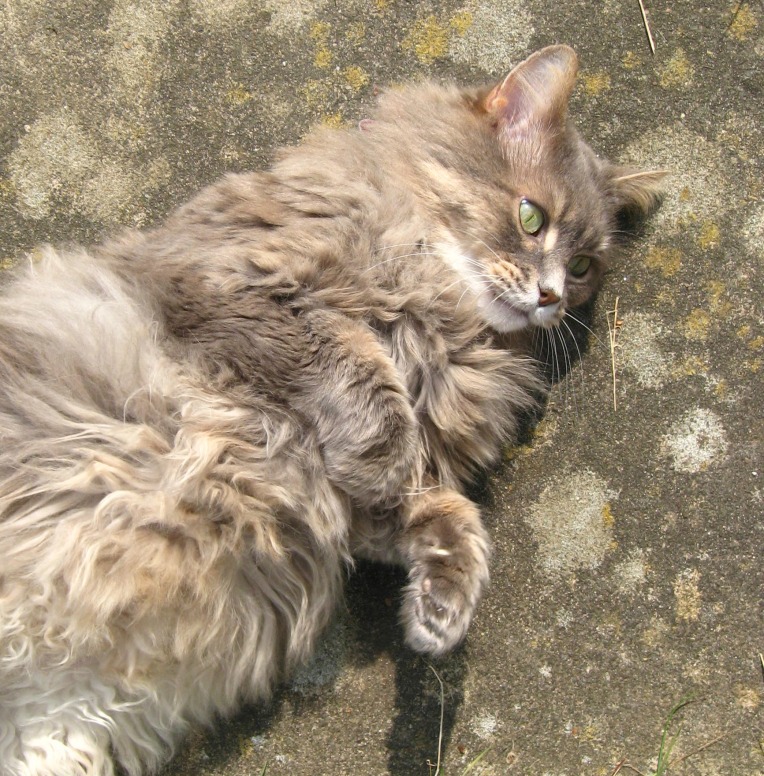 When the sun does actually make an appearance Bernard goes trotting down the path to find a patch of sunshine for some outdoors wriggling….often he mews until I go over and rub his tummy and depending on his mood (mischievious or tarty) he’ll purr and purr fit to burst or suddenly grab hold of my hand and fingers, holding on tight with his claws and teeth…… 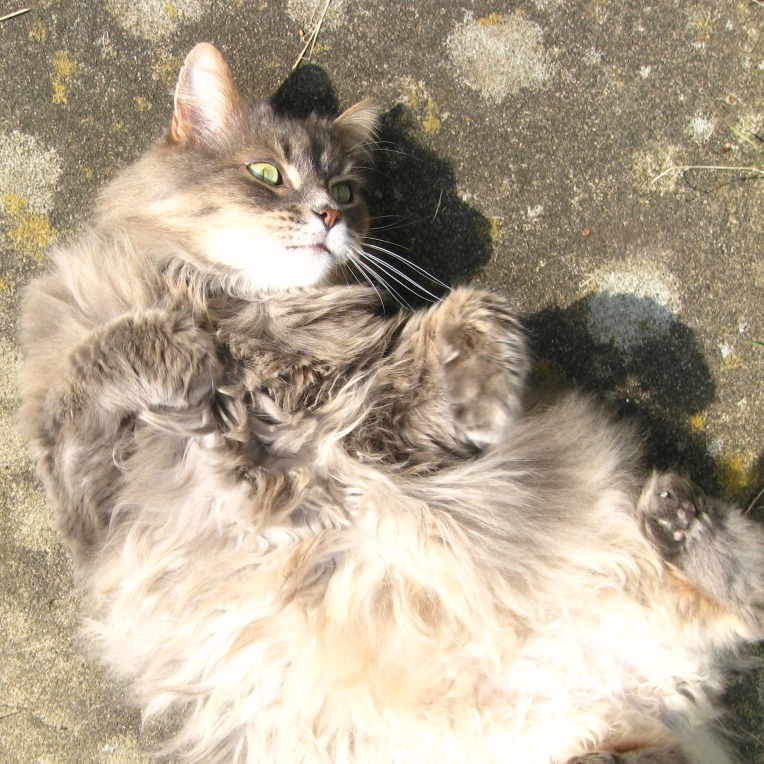 He’s really showing off his very own Nature’s Shades here as he exposes his tummy….such a mass of Weetabix scented** fluffiness…..I love those splotches of lichen on the pathway underneath him, silver sage and mustard, white and gold……I’m really hoping at some point to use those soft subtle greys of Bernard as a starting point for some stranded knitting….what a great kal that would be….match the colours of your cat’s coat.

*I bought a load of fleece years ago or needle felting but figure the birds seem to make better use of it.

**I’m not sure why but his tummy really smells of Weetabix, but figure that’s way better to when he’s windy and musical of bottom. 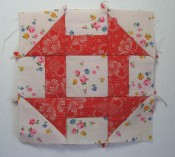 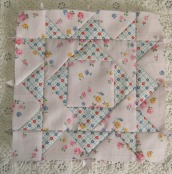